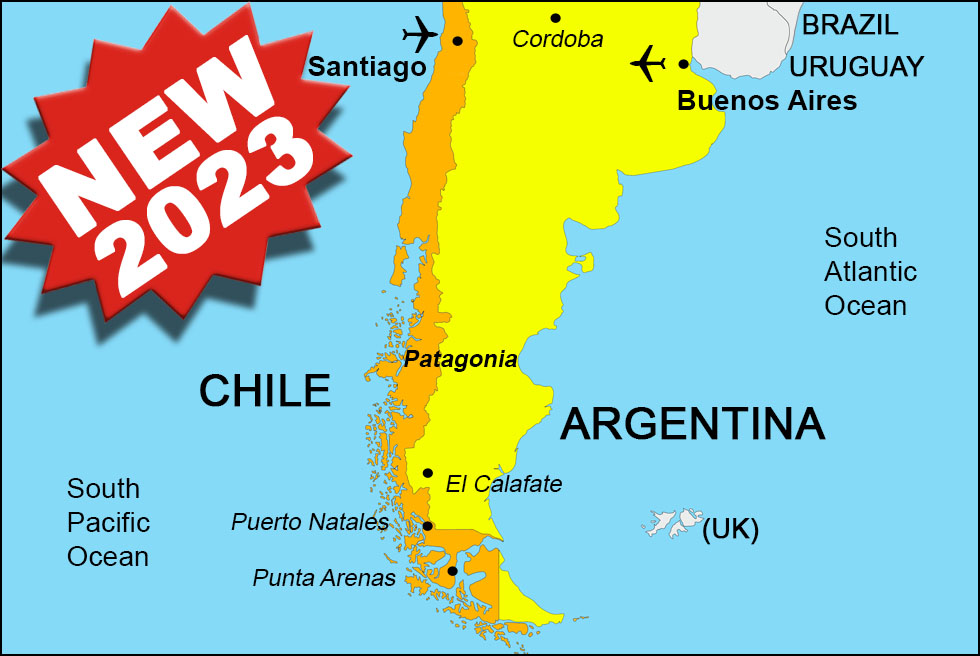 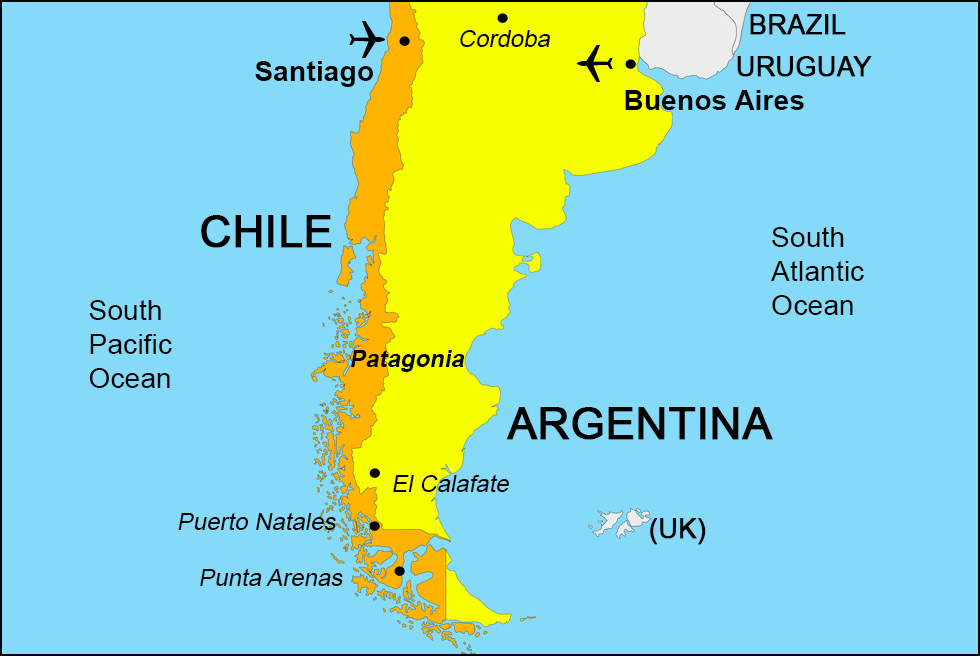 Experience the beauty of mountain landscapes, crystal blue lakes and massive glaciers on this amazing tour. We start in Santiago, Chile, then continue to Punta Arenas and Punta Natalee, enjoying the scenery and experiencing their culture. We visit the Magdalena Islands to view the Magallanes Penguins, and then embark on a full day boat excursion along the picturesque Ultima Esperanza Sound. We continue on a short hike into the Andean forest to see the grand Serrano Glacier. At Torres del Paine National Park – a defining feature of Patagonia – we venture out to admire the snowcapped mountains, tranquil lakes and incredible wild life. Enjoy the town of El Calafate, a boat voyage to Glaciers National Park and a Perito Moreno Glacier excursion on Lage Argentina. End this wonderful journey in Buenos Aires.

DOCUMENTS:   USA and Canadian citizens DO NOT require visas for Chile or Argentina

COVID – Vaccination required.   Masks are NOT mandatory in airport and on airplanes.

Arrival in Santiago Airport Arturo Merino Benítez – Flight TBD (to be determined)
After the immigration procedures, reception from our staff and transfer to your selected hotel.
(Early check-in not included).
Private Transfer from Santiago Airport to Hotel Hyatt Centric Las Condes (Standard Room) Check-in. Remainder of the day free. In the evening, Welcome Dinner in the Hotel.

After breakfast, half-day tour in Santiago. Proceed through the main avenue of the city, Alameda del Libertador General Bernardo O’Higgins, passing by the San Francisco Church, the oldest monument of the country built in 1568 housing a convent. Visit the Santa Lucía Hill, where the Spanish Conquistador Pedro de Valdivia founded the city on February 12th, 1541. After a quick visit to its top, descend to visit the Lastarria Neighborhood, located right below the hill. This recently renovated neighborhood houses cafes, exquisite restaurants and a couple of museums worth visiting (if time permits). From here, you will be taken to the La Moneda Palace, today the neoclassical style government palace, but originally constructed to house the Mint of the Spanish Crown during the 18th century. A few blocks away, walk along Paseo Ahumada until reaching Plaza de Armas (The Main Square). When Pedro de Valdivia founded Santiago in 1541, he laid out this square as the heart of the newly formed city. This bustling spot houses the oldest buildings of the capital: the Cathedral Church of Santiago, rebuilt in 1748 on the very site where four previous churches were destroyed by fires and earthquakes, the Central Post Office, and the National Historical Museum, the former “Real Audiencia” or Spanish Royal Court.

We then cross the Mapocho River and travel towards the Bellavista neighborhoods, a lively place, center of the night and artistic life, where pubs, cultural centers and international gastronomy can be found. Lunch at Local Restaurant. Return to your hotel in Santiago. In the evening depart from your hotel to discover a very different city. Drive around the streets full of lights and magic. Experience the architectural appeal of the capital. Dinner in local restaurant. Return to Hotel Hyatt Centric. 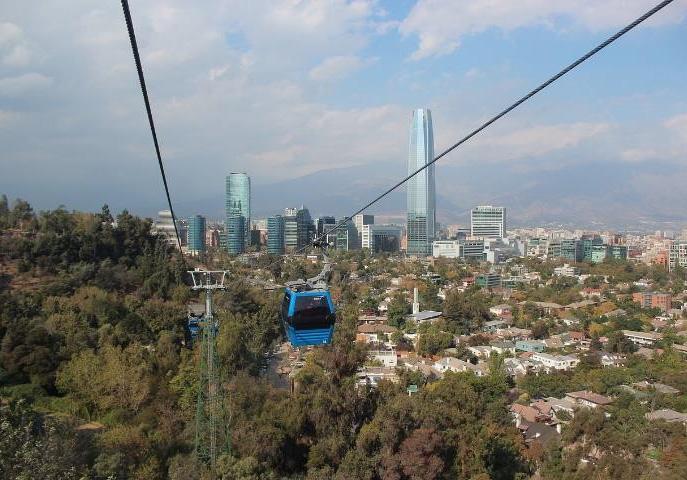 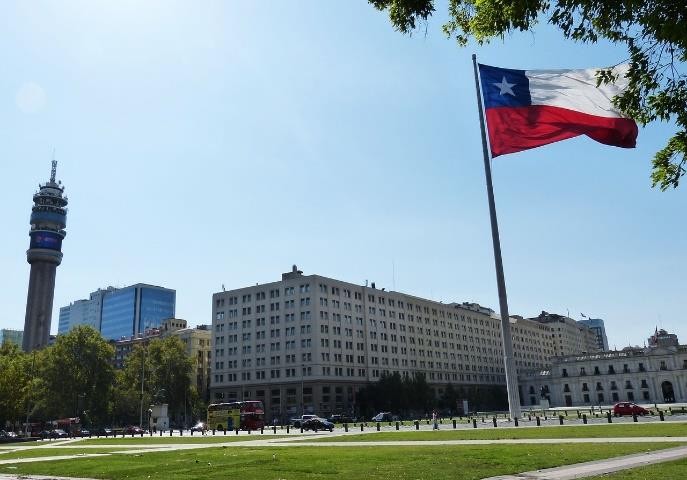 After breakfast, Check-out, Reception at the hotel and private transfer to Santiago Airport. Board your next flight (not included). Arrival in Punta Arenas Airport, reception, and private transfer to the hotel in Punta Arenas. On the way (Half- Day Tour), our first stop will be the Main Square (Plaza Muñoz Gamero), lined with cedars and surrounded by beautiful buildings such as the cathedral, the government building, the beautiful Sara Braun Palace, among others. In its center, find a bronze statue on a high pedestal, a Memorial to Hernando de Magallanes. It is popularly said that the person who kisses the foot of the native will return to the city. Next, we continue to the De la Cruz Hill, from where a magnificent panoramic view of the colorful roof tops, the Strait of Magellan and, in the background, the large Tierra del Fuego Island can be seen. Our local guide will give us further information about this southernmost city of the Americas. Lunch served in local restaurant. Afterwards, we continue our visit at the Salesian Museum “Maggiorino Borgatello” founded by the Salesian Congregation in 1893, one of the oldest of its kind in Chile. This museum displays a complete collection of Patagonian aboriginal works, flora, fauna, history, and economy. Upon completing our tour, we head to our hotel, Hotel Cabo de Hornos (Standard Room). Check-in. Dinner served in the Hotel. 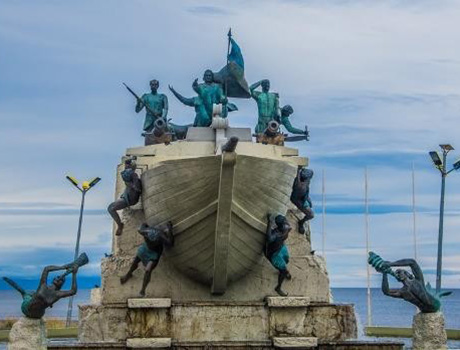 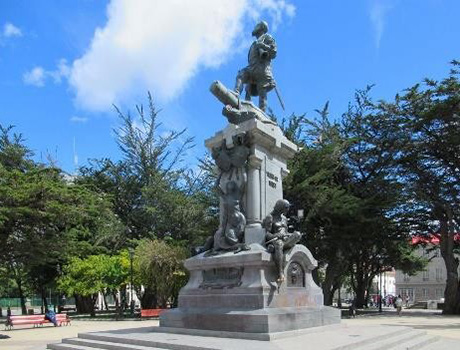 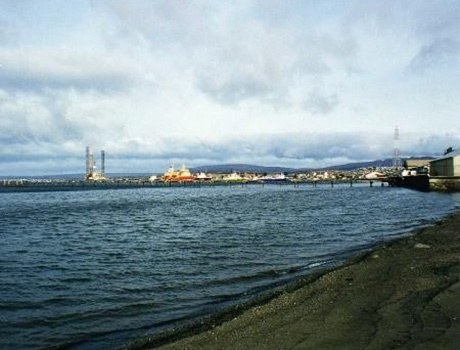 After breakfast, Check-out, Reception at the hotel and departure from hotel, and we drive to Puerto Natales. On the way, enjoy lunch served in Local Restaurant. After lunch, arrival and check-in at Puerto Natales Costa Australis hotel. (Sea View Room) In the evening, dinner in the hotel’s restaurant.

After breakfast, reception at the Hotel and depart to the Milodón Cave. The Natural Monument Milodón Cave is formed by three caves and a rock conglomerate called “Silla del Diablo” or Devil’s Chair. The largest of these caves contains the replica of an extinguished animal called Milodón. This was a giant herbivore that probably disappeared during the Pleistocene period. Then, we visit Torres del Paine National Park and its main attractions: Amarga Lagoon, the Horns of Paine, Salto Grande and Grey Lake. Enjoy lunch at a local restaurant. After lunch, we sail from Hotel Lago Grey to view a glacier of the same name, a natural wonder of imposing dimensions that forms part of the southern extreme of the Continental Southern Ice Field (Campo de Hielo Sur).

Half day Excursion to Navigation Grey Lake (SIB). On this journey, lasting three hours, we will board the “Grey III” vessel which allows us to enjoy the unique landscape with floating icebergs, towering mountains and lush vegetation. Among the numerous floating icebergs, the boat will sail right in front of the Grey Glacier, which is divided by a central island, a place where we are allowed to descend and from where it is possible to appreciate the size of the glacier. After our long day, we will enjoy our stay at the hotel in Puerto Natales. In the evening, dinner in the hotel’s restaurant. Accommodation at Hotel Costa Australis – (City View Room)

After breakfast, half-day excursion Navigation Serrano & Balmaceda (SIB), tour Torres Del Paine National Park, Reception at the Hotel and departure (around 08:00 am) from our hotel to the pier. Once all passengers are onboard, we set sail through Puerto Bories and the Last Hope Fjord (Fiordo de Última Esperanza) and appreciate the beautiful mountains, falls, farms (estancias) and Patagonian birdlife. The trip continues along the Balmaceda Glacier. We will be able to enjoy the impressive vegetation and the contrast between clean skies and floating icebergs. Next, we visit Estancia Perales for a delicious Lunch in local restaurant, “Asado al Palo” (typical Magellan barbecue). Then we set sail to Puerto Natales where we will disembark around 17:00 hrs. Return to hotel. Dinner in the hotel’s restaurant. 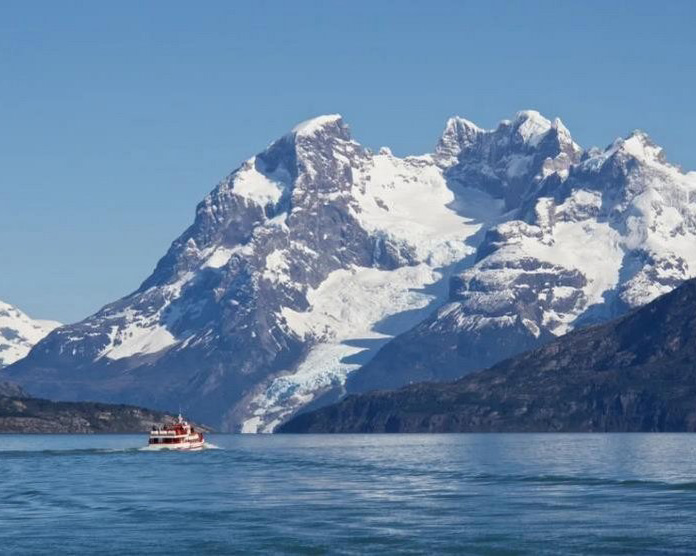 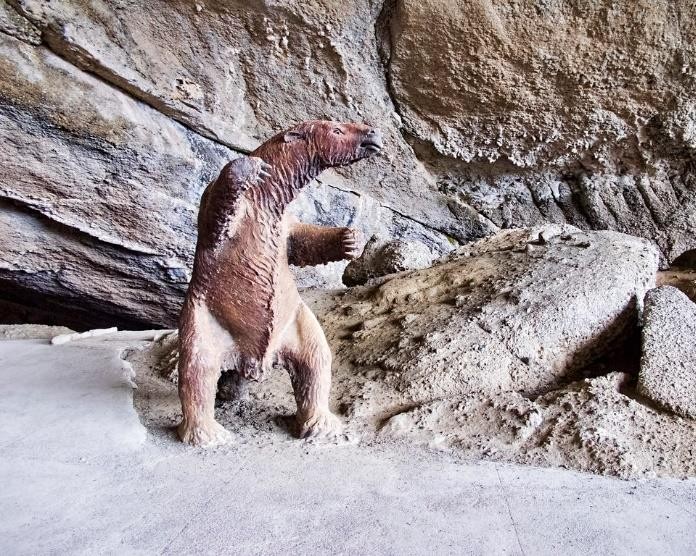 After breakfast, Check-Out, reception in the hotel and private transfer to your hotel in El Calafate, Argentina. Enroute (includes Box Lunch), customs procedures at the border and drive to El Calafate hotel. Meet and greet in hotel by our Argentinian local operator partner. Check-In at Hotel Xelena Hotel & Suites (Standard Room). Dinner served in the hotel’s restaurant.

After breakfast, half- day excursion to Perito Moreno. Starting off from El Calafate, about 80 km separate Perito Moreno Glacier, the last 26 km journey within the National Park Glaciers. The trip has pleasant surprises. Already in the outskirts of El Calafate, you can see the Argentine Lake with its round Bay, populated with a variety of birds. Standing out are the swan of black neck, flamenco, duck steam, gallareta, cauquén. For the first 40 km travel across the patagonic steppe. After the entrance to the National Park, observe the arboreal vegetation formed by ñires, sour cherries, lengas and flowers of diverse colors. The outstanding one is “notro” with its intense red color that belongs to the Patagonic Andean Forest. In front of the Glacier, everything is majestic. You can go around the footbridges to catch different views of the Glacier. Lunch in Local Restaurant.

The Nautical Safari is an expedition cruise by the “Brazo Rico” of the Argentine Lake that allows us to appreciate the ice floes of the Perito Moreno Glacier. Arriving close to the south end of the channel of ice floes, the boat is situated at a reasonable distance to the wall of the glacier, travelling across in all its extensions and allowing us to view the loosenings that take place. We board at the dock located in the Bay “Under the Shade”, approximately 7 km from the outline of the Glacier. This offers us an impressive view of the walls of the Perito Moreno Glacier and its knockings on the Lago Rico´s waters. We end the tour at your hotel. Dinner served in the hotel’s restaurant. Accommodation at Hotel Xelena Hotel & Suites – (Standard Room)

After breakfast, depart from Punta Bandera port - 47 km away from El Calafate to All Glaciers. We sail through Argentinian lake North Arm. We cross Boca del Diablo to the Upsala channel, sailing among the large icebergs that emerge from Upsala Glacier front. Then we enter the Spegazzini Channel from where we will get the first view of Seco Glacier. We continue sailing to the front of the Spegazzini Glacier where we will also see the Heim Sur and Peineta glaciers. We disembark at SPEGAZZINI BASE; the visit begins with a walk through the “Forest Trail” until reaching the Spegazzini Refuge. This 300-meter path is very accessible; through the different angles we will get beautiful views of the entire Glacier Bay. There we have lunch (Box Lunch), visit the shop or enjoy the landscape. For those who like to walk, you can do the “Mountain Trail”, a 700-meter long, medium-difficulty route through a wooded path, with natural panoramas. This path ends at the landing point. Return to Hotel. Dinner in the hotel’s restaurant. 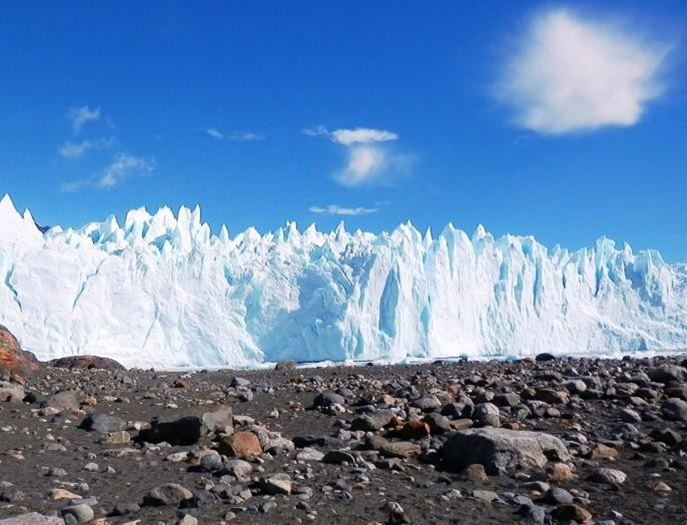 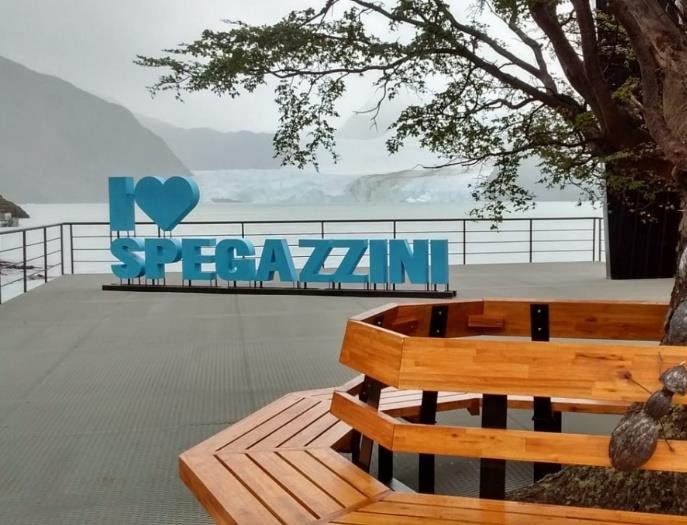 After breakfast, Check-out, Reception at the hotel and depart to El Calafate Airport (FTE). Board your flight to Bueno Aires (not included). Arrival in Buenos Aires, domestic Airport (AEP), reception, and private transfer to the hotel. Check-in. Accommodation at Hotel Intercontinental Buenos Aires (Standard Room). Dinner in the Hotel.

After breakfast, our half-day tour of Buenos Aires portrays the many faces of the city: we will visit the town symbol - the Obelisk, squares such as Plaza de Mayo, Plaza San Martin and Plaza Alvear; Avenida De Mayo, Corrientes and 9 de Julio among other avenues; La Boca and San Telmo, historic neighborhoods, the magnificent Palermo and Recoleta areas and modern neighborhoods like Puerto Madero. Lunch in Local Restaurant. Afterwards continue to Lezama Park and Tres de Febrero (Palermo) and the commercial and financial areas of the city. Return to Hotel to prepare for an amazing Tango Show in the evening. Enjoy an unforgettable experience at one of the famous Tango shows (Dinner Included) that Buenos Aires offers every night, with classic orchestras that revive the original style with melancholic rhythms reminiscent of the 1940’s. Typical food, served with the best wines, excellent service and warm atmosphere enhance the show.

The show features many professional artists: first rate musicians, dancers and singers join to offer you an unforgettable show. Witness more than a hundred years of history of Buenos Aires. Return to hotel. 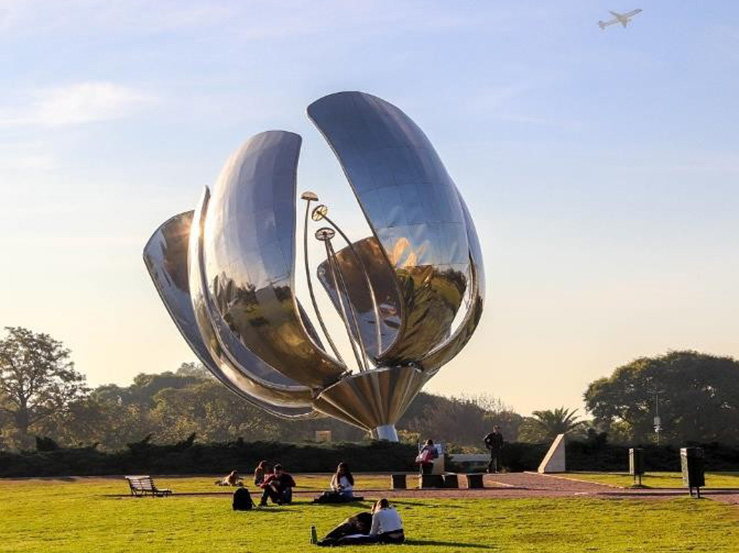 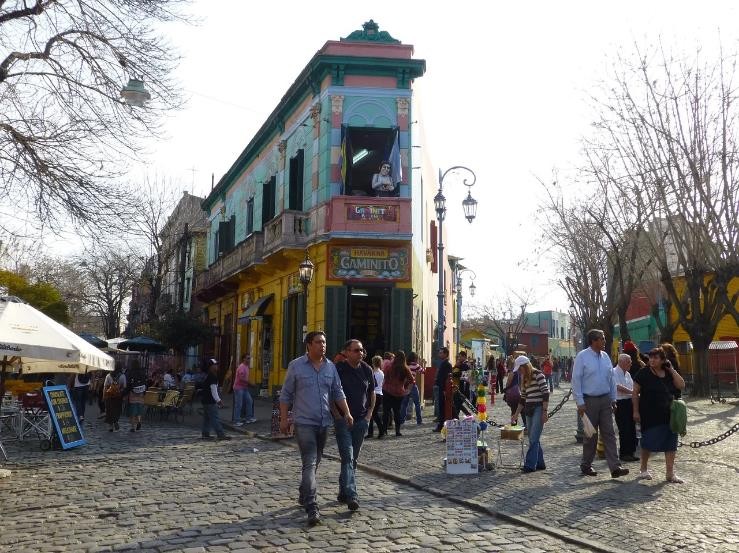 Breakfast at Hotel. Free day for leisure and exploring. Dinner in the Hotel. 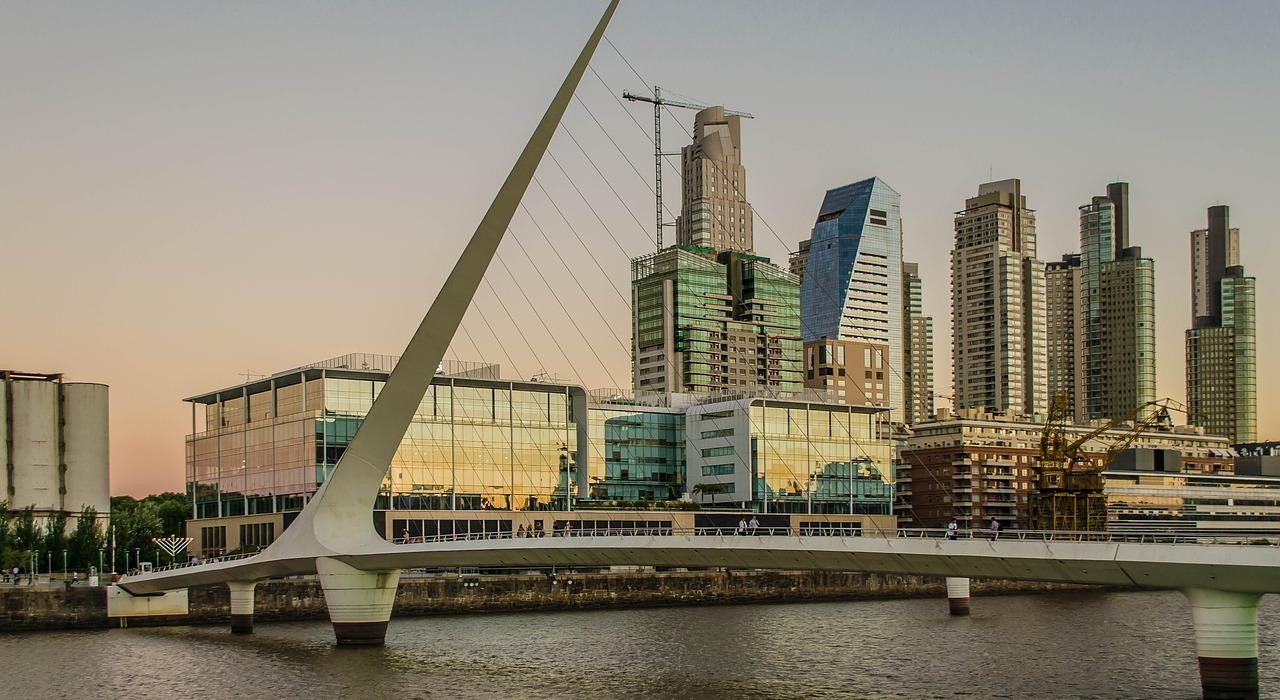 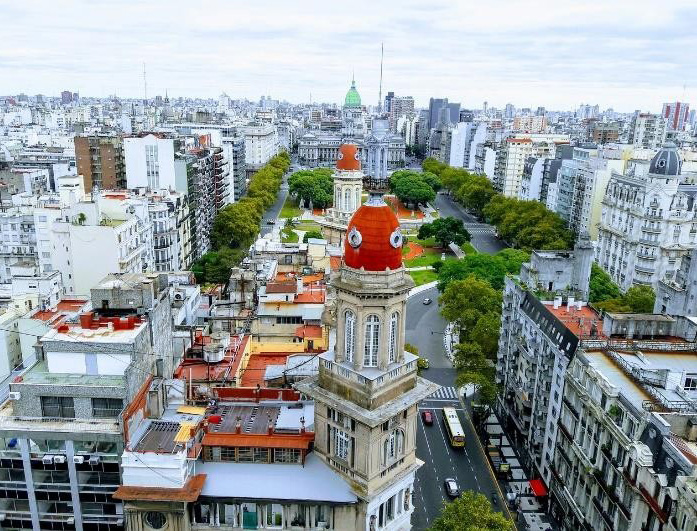 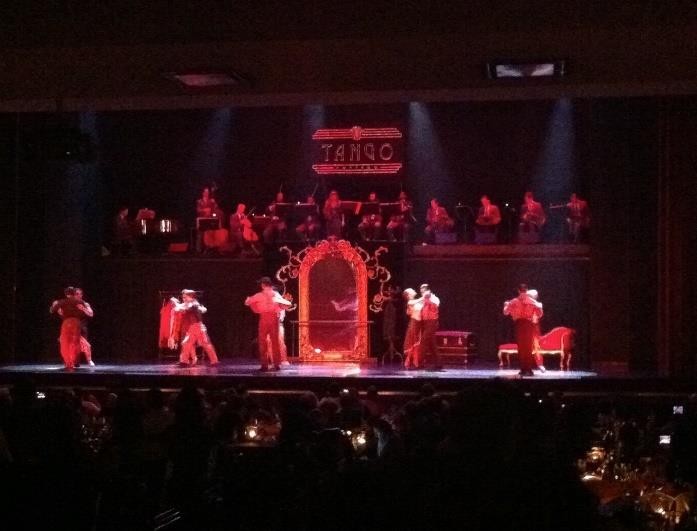 After breakfast, Check-out, Reception at the hotel and transfer to Buenos Aires Airport for your flights to USA – CANADA.

Thank you for traveling with Scope Travel.